We are happy to announce the launch of the Picture This! illustration competition. The details can be seen on the image below. The illustration is by Freya Hartas, one of the previous winners of this competition. Her book Little Kong, is published by Lemniscaat as a result of the competition and is released in April 2016 at the Bologna Children’s Book Fair. 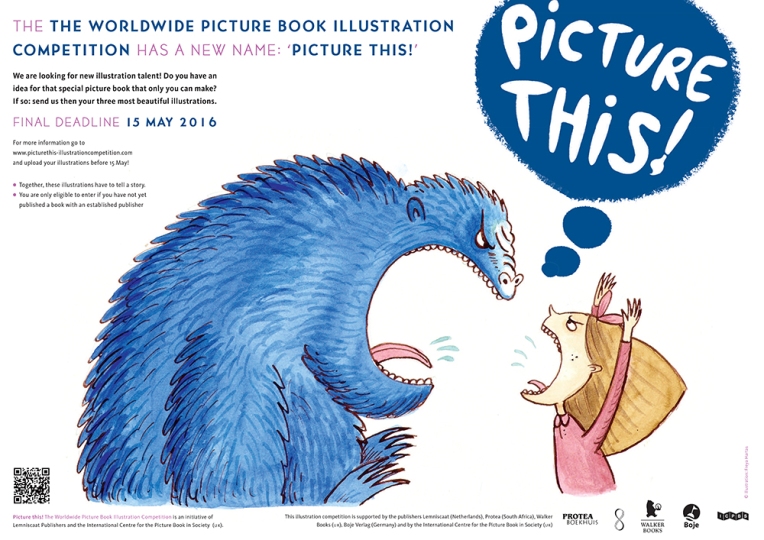